With the Oscar nomination of "Exit Through the Gift Shop" and Banksys rise to global fame, street art is becoming more and more accepted into the global art establishment and mainstream culture. Shepard Faireys "Hope" poster is now one of the most recognized posters in the world, some experts saying that it will become just as unmistakably american as uncle Sams "i want you!" WWII army recruitment poster. Banksys work sells for thousands of dollars in auctions, and has fans in mainstream hollywood (Brad Pitt being the most notable). People are starting to see street artists less as vandals and more as what they are, and always have been, they are starting to see them as artists.

However, in this exciting new era for street art, we seem to have forgotten how we got to where we are today, and who helped us get there. Some of the best street artists have been all but phased out by some of the younger artists on the scene, which makes me sad to think that this new generation of artists don't learn from and appreciate the past genius of street artists. So to in order to inform and entertain, i would like to show you, and tell you about, a few of the godfathers of street art.

Keith Haring: Arguably the the most influential street artist in the pre-banksy era, Keith Haring was a new york based artist who's simple, iconic glyphs were the first non-letter based street art to be noticed by the art establishment. Keith Harings style consisted of simple cartoon like characters arranged in ways that conveyed a message to whoever looked at the painting. Of course sometimes the were just pretty. He was an activist who fought for nuclear disarmament, to help slow the HIV and AIDS epidemic and for a wide variety of other worthy causes. He was an amazing artist and helped develop what would become modern street art. Unfortunately Haring died of AIDS related complications on February sixteenth 1990, but his contributions to street art will never be forgotten. 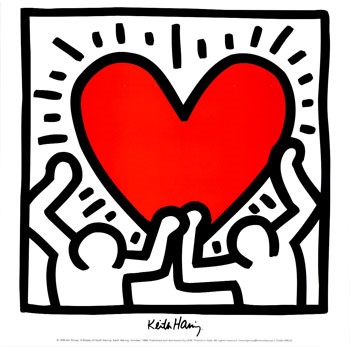 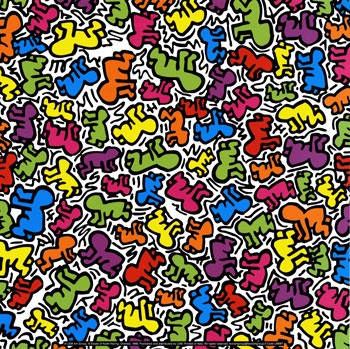 Blek le Rat: Born and raised in paris france, "Blek Le Rat" rose to fame as the first street artist in paris and the originator of the life size stencil. He is often accredited as the first street artist to limit his art to the stencil medium and has influenced most modern stencil artists including Banksy. In fact Banksy once stated "every time i think iv'e done something slightly original i find out Blek Le Rat has done it twenty years prior and twice as well". Blek Le Rat started of doing small rats creeping along the walls of paris and slowly moved to bigger stencils until he invented the life size stencil. In '91 Blek was caught by authorizes while putting up a stencil near a museum in paris, and since then he only works with posters to decrease the application time and the punishment if caught. Blek has always had a distaste for galleries and prefers to work on the streets, stating that the main motive behind an artist is to be seen, not sold. 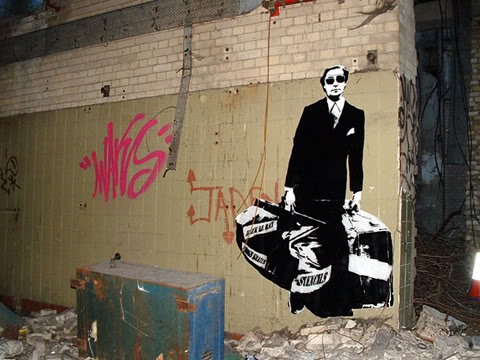 : Born in 1949 in east L.A. Chaz was the first uniquely west coast street artist. His early work was deeply rooted in latino and chicano culture, incorporating elements of dia de los muertos into his signature piece, "senor Suerte", or mister lucky. He worked closely with a variety of other artists and photographers teaching them how to practice their art in east L.A. without causing conflict with the latino gangs. His style has influenced a wide variety of west and east coast artists like Retna, and Revok. He still lives and works in L.A. and his art will always be an important latino culture icon. 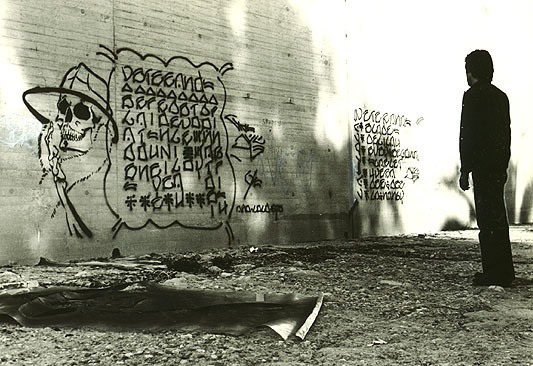 Fascinating. I had never heard of Blek le Rat before.

Really interesting. I'm a huge fan of Haring; hadn't heard of the others...

The energy and power of Haring's images is just incredible.