"Mind Your Step" is a gargantuan street illusion staged in Stockholm's most public square, Sergels torg. Created by artist Erik Johansson, the illusion will be up until June 12th, so swing by if you happen to be in Sweden. Erik has documented his entire creative process here, including this great little tutorial on how to create your own optical illusion. 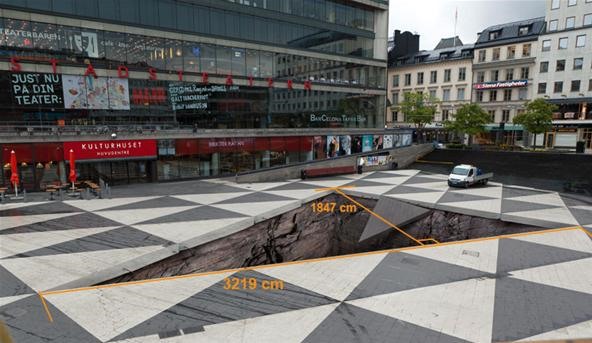 "For a long time I have been doing creative retouch and surreal montages. I've always been quite fascinated by perspective illusions in my images and some time ago I got an idea of trying to realize one in a public space somewhere. My idea was to put a photo in an environment and actually trick people that it would have depth. Street illusions isn't something new, but I wanted to try to make it as a photo instead of drawing and painting the streets. Photography is my medium and I wanted it to look as realistic as possible, just like my photos.

I was introduced to a project called Generation 7 where seven young creative people get to realize their dream project. This was a perfect opportunity to actually realize this idea for real using my imagination, camera and PC. I choose the heart of Stockholm, Sergels torg." 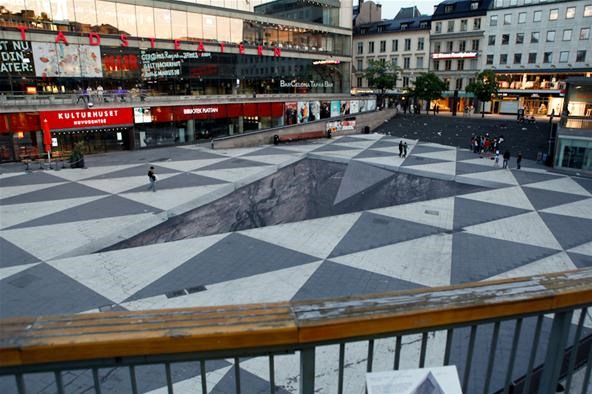 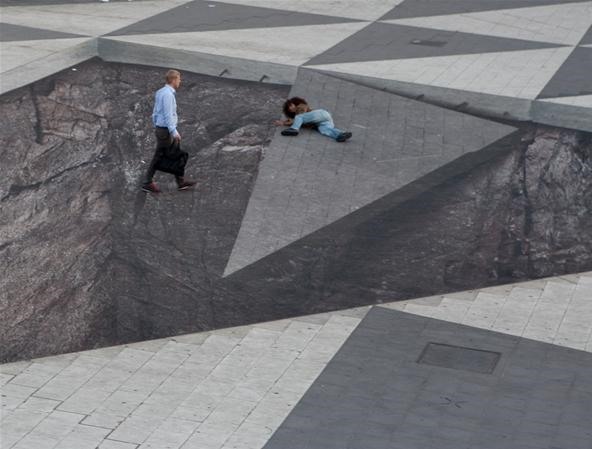 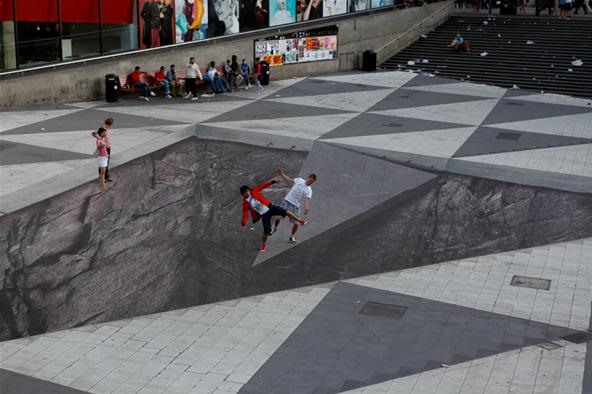 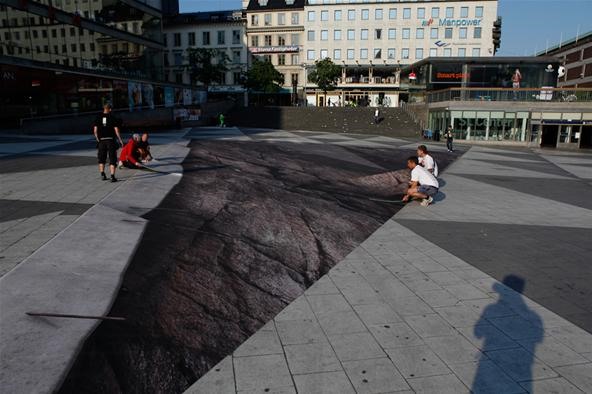 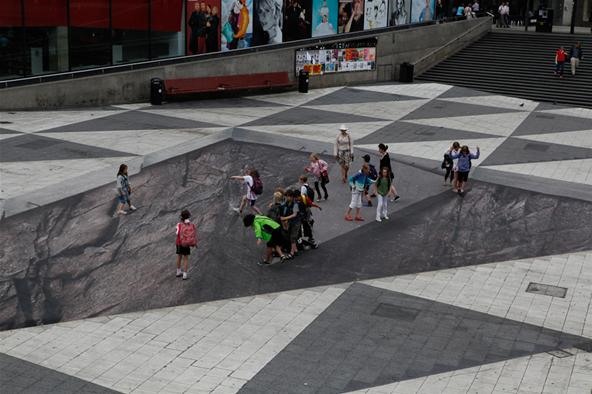 You always get some douchbag walking through the air hehe.