Largely thanks to Banksy's critically acclaimed, Oscar-nominated docu Exit Through the Gift Shop, the pseudonymous British graffiti artist's notoriety has skyrocketed—so much so that there's now an app for geo-locating a Banksy-near-you. If you've got an iPhone and you're a fan of the artist, you're in luck. For $1.99, Banksy-Locations detects your current location and if there's a piece nearby, drops a pin on the map, locating and identifying the name of the work. The app also contains comprehensive Banksy-centric videos, art galleries and news updates. 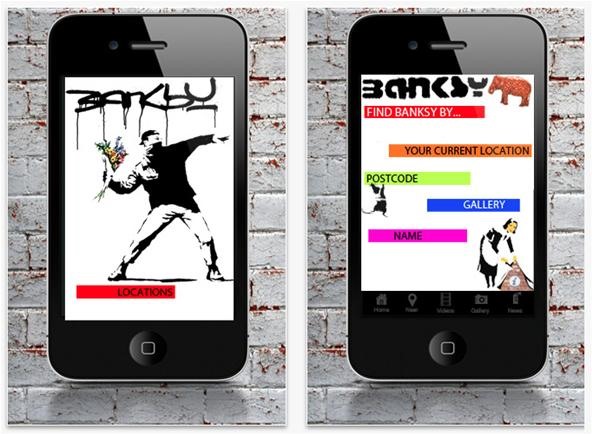 Since Banksy's foray into Hollywood, it's more popular than ever to be a fan—but there are still haters. While Banksy has certainly demonstrated a talent for narrative and drama, I can't help giggling at the following quote by Charlie Brooker of The Guardian: "...his work looks dazzlingly clever to idiots." But most would have a hard time refuting the daring and passionate brazenness of his work on Israel's 425-mile-long West Bank barrier.

oh what a coincidence! i am a fan! i should comment!