First, I have to apologize—this is really old news. But when it comes to Nele Azevedo's Minimum Monument project, it's well worth digging into the archives. It's one of the most amazing street art installations I've ever seen. 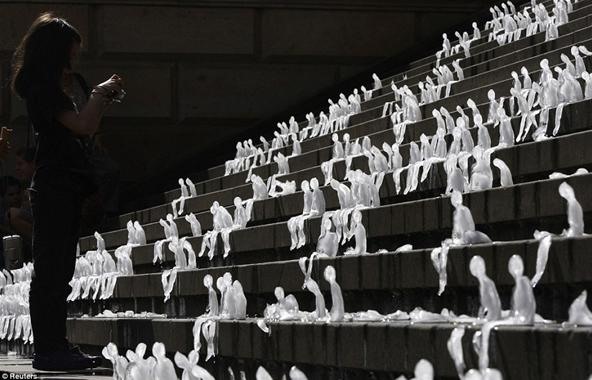 The image above shows an installation displayed back in September of 2009 in support of the World Wildlife Fund's campaign against global warming. Azevedo staged 1,000 small ice figures on the stairs of the Gendarmenmarkt concert hall in Berlin, Germany, garnering international attention. The project, however, wasn't new to that particular time or location—Azvedo has been installing Melting Men on various monuments around the world since 2001.

Though a beautiful metaphor for the perils of global warming—the WWF attached itself to the project by issuing a warning that melting ice could possibly cause levels to rise more than 3.3 feet by 2100—in truth, Azevedo wasn't motivated by environmentalism, but rather the critique of national monuments in public places.

When interviewed by Green Muze in '08, Azevedo stated that she did not consider herself a "climate change activist", but rather an "artist, master of visual arts from the University of Sao Paulo (UNESP). This work was conceived as a critical view of the official historical monuments. As the reading and interpretation of an art piece is open, I'm glad it can also speak of urgent matters that threaten our existence on this planet."

How does she do it? The figures are frozen in molds, and stored in freezers, which are then transported to the installation site. Once extracted and placed in the space, each figure takes approximately 30-40 minutes to melt into nothingness, a comment on the anonymity and tininess of the human and its relationship to the towering public monument. 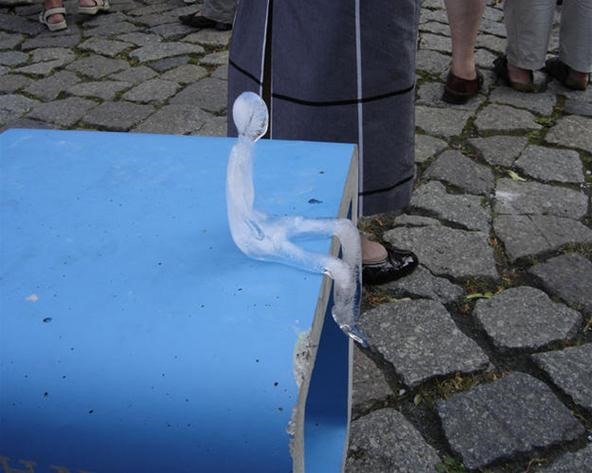 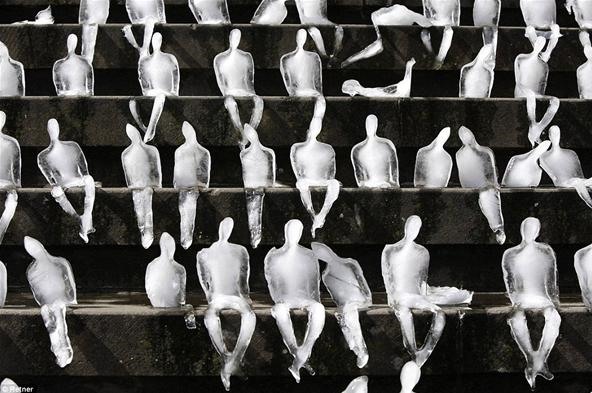 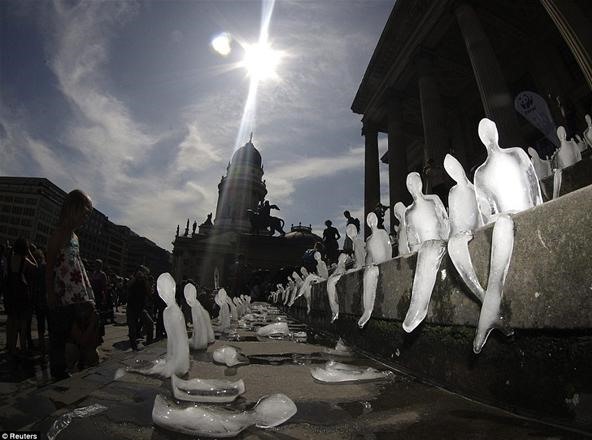 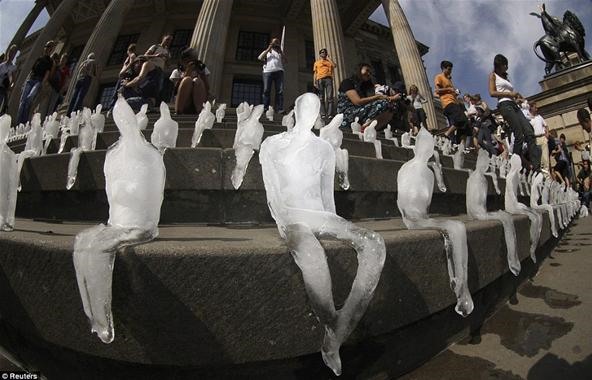 Past/post installations in other various locations: 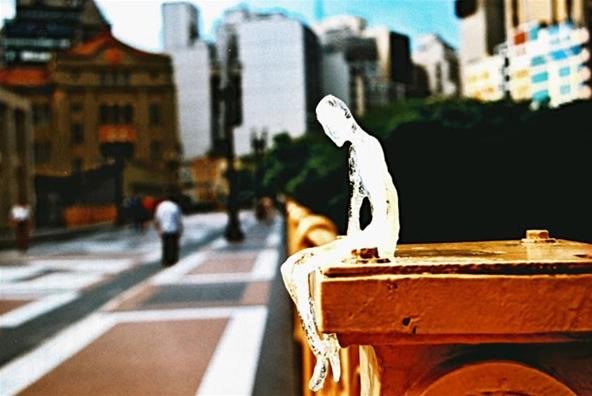 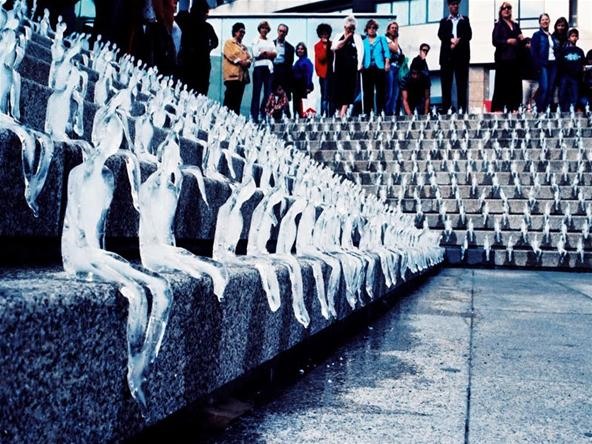 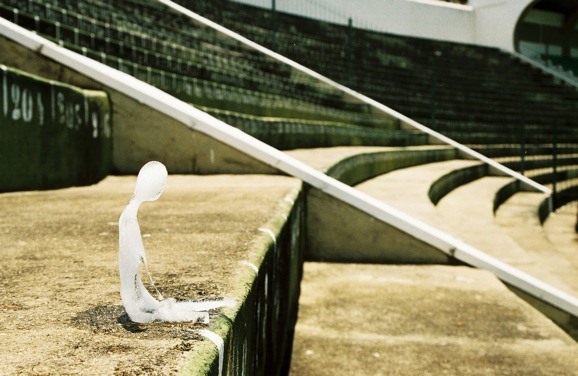 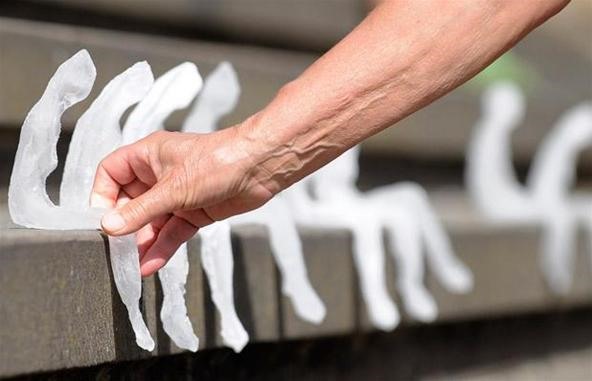 very cool, i think some of the best street art today is coming out of sao paolo, and brazil in general. so it dose'nt suprise me that she's from there. This a beautiful example of how street art can get out of the traditional mediums of spray paint and posters that lots of street artists feel pigeon-holed by. I applaud this artist forher outside the box thinking. *applaudes*

cruel very cruel how could they let all these innocent people die?